How do you celebrate a birthday as significant as 100?

A big party with all your family and friends? A multi-layered cake adorned with as many sparklers you can fit? A trip to a bucket-list destination you haven’t gotten around to yet?

Well, if you’re Qantas, you start by flying a specially named and decorated plane halfway across the world.

Today marks the beginning of 12 months of exciting celebrations as Qantas gears up for its 100th birthday in November 2020, starting with the arrival of the second-ever non-stop London to Sydney flight at 12.28pm on Friday.

The 52 passengers arrived in Sydney to an excited crowd waving red-and-white flags and a rendition of I Still Call Australia Home performed by Guy Sebastian and choir.

The plane was dressed for the occasion, adorned with a special livery that showcases the evolution of the flying kangaroo’s logo over the past century.

“We started in outback Queensland carrying mail and a few passengers in the 1920s,” said Qantas Chairman Richard Goyder. “We grew as Australia grew, and we’ve had important support roles during wars, national disasters and celebrations. Our founders talked about overcoming the tyranny of distance and through the years we’ve moved from bi-planes to single wing, to jets to help bring things closer.”

But it’s just the start of the year-long festivities as Qantas prepares for its official 100th birthday on 16 November 2020.

“There are so many amazing Qantas stories that also tell the story of modern Australia,” said Qantas Group CEO Alan Joyce.

“We want our centenary to be a celebration of those stories as well as how we’ll be part of taking the spirit of Australia further in the years ahead.”

Additionally, a commemorative $1 coin that celebrates the big birthday will be released by the Royal Australian Mint in February 2020. Around five million of these limited-edition gold coins will enter circulation to be used on everyday cash transactions.

Specialty coin collectors can also expand their collection with an eleven-piece set that features images of key Qantas aircrafts over the decades, as well as a copper Kangaroo coin similar to the original Australian penny, which was the original inspiration for the airline’s logo.

Other memorabilia adorned with the Qantas 100 logo, including model aircraft and clothing, is available to buy at qantas.com/100

An exhibition of fascinating Qantas artefacts and memorabilia will also tour the country in the coming year, with cities and dates to be announced soon.

If you have a personal story about Qantas, please email qantas100@mediumrarecontent.com

SEE ALSO: Qantas Flew Non-stop from London to Sydney in Less Than 20 Hours

Qantas Celebrates 100th Birthday With a Scenic Spectacle
The 100 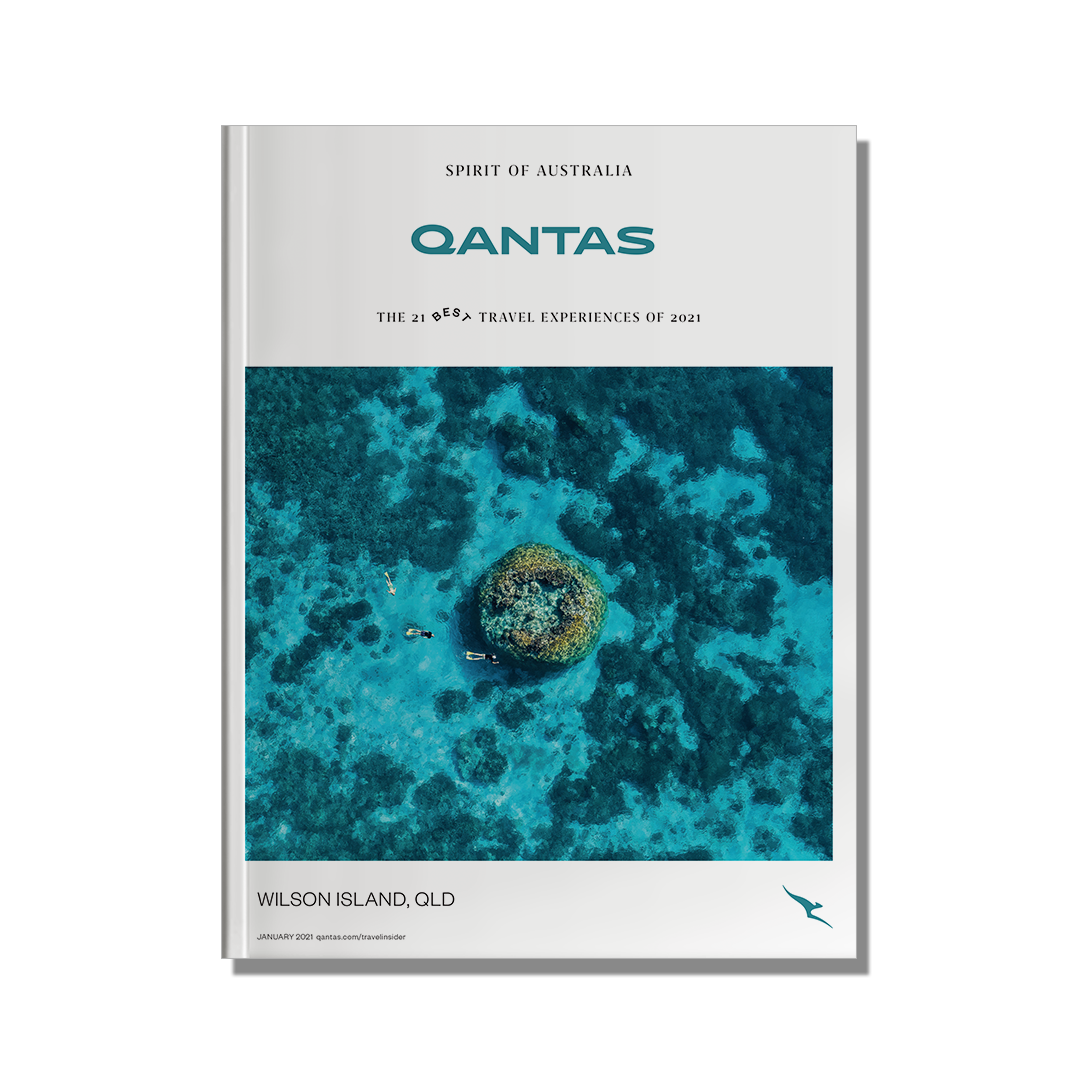