Brought to you by Qantas Car Hire

Even if they require a little extra time behind the steering wheel, some destinations are just worth the detour. If you’ve got a car and a few days to spare, hit the road and loop in these must-see sights across Australia.

How can a landscape so foreign be less than two hours’ drive from a capital city? Such is the magic of the wild west (Western Australia, that is) and the Pinnacles Desert, a gathering of life-sized limestone shoots inside the catchment of Nambung National Park. Introduce yourself to these natural wonders, then head to Cerventes - half an hour away - for peerless fresh lobster from Lobster Shack; it’s the town’s speciality.

You might reach the edge of the Hunter wine region by train but you’ll still need a car to do the area (and your tastebuds) justice. Three-and-a-half hours north of Sydney, you’ll happen upon countryside blanketed with green and marked with rows of Chardonnay, Semillon and Verdelho varietals. Be sure to pull over at Audrey Wilkinson Winery, which should be your first choice for views and Harkam Wines for the best natural plonk in the area.

Got roof racks? You’ll be sorted for this diversion. Although the peaks of Kosciuszko glitter at their finest in the winter months, the national park it stands within is really a year-round affair for adventurous types. Head two hours south of Canberra and be spoilt for choice when it comes to outdoor pursuits: hiking, mountain biking and skiing are all on the table, depending on the season.

On public transport, only a slow, dragging bus ride can take you to the beloved Hills so skip the meandering and drive up on your own in half an hour instead. Take your cues from Adelaide’s weekend crowd: begin with a wander up Mount Lofty for views over Adelaide and surrounds, then trip through a string of smaller towns, sampling their best - Aldgate’s FRED Eatery for brunch, Uraidla’s Lost in a Forest for woodfired pizza and beer and The Seasonal Garden Cafe for, well, everything.

Just because it’s an obvious choice, doesn’t make it a bad one: Kakadu National Park (top image) is one of the Top End’s true treasures and therefore deserves a drive in a different direction. Two-and-a-bit hours east of Darwin is the heart of Kakadu, the largest national park in Australia and arguably the most impressive, too. Wetlands, calm (and croc-infested) rivers, falls fringed with jagged, rust coloured cliffs and harsh, dusty bushland all conspire to easily captivate any explorer.

While the hordes of summer sunseekers drive west of Melbourne to the well-worn track of the Great Ocean Road, just a three hour’s drive east is a less crowded national park of similarly stunning natural beauty. As the southernmost tip of mainland Australia, “The Prom” - as those well acquainted call it - is striped with peaceful bush tracks, the popular ones leading to the peak of Mount Oberon that offers up views over the raging Tasman Sea, and beyond.

Steer away from the coast and reap the benefits of heading inland from Brissy. A tad over an hour and a half south, you’ll happen upon the lush surrounds of Lamington National Park. A section of the Gondwana Rainforests of Australia World Heritage Area - the most extensive subtropical rainforest in the world. The Green Mountains section teems with the twisted roots of the Antarctic beech and features stunning valley views stretching to the southern part of Scenic Rim.

There are few sights that rival Wineglass Bay: a sweep of shimmering coastline lapped at by deep blue waters. In Freycinet National Park, such a view is reachable just three hours south of Melbourne. From the car to the top of the Wineglass Bay lookout, it’s a three-kilometre hike to unrivalled views of the beautiful basin.

Drive away with 2,000 bonus Qantas Points when you hire an Avis car rental in Australia over a long weekend (three days or more including a Saturday night). Register and book via qantas.com by 30 September for travel until 30 November 2019. T&Cs apply.

Sponsored14 Ways to Supercharge Your Qantas Points on the Ground, Sponsored
Travel Tips

14 Ways to Supercharge Your Qantas Points on the Ground

How to Earn Qantas Points for Fuel with BP

SponsoredEverything You Need to Know About Qantas Points Club and Points Club Plus, Sponsored
Travel Tips

Your Guide to Seeing the Northern Lights
Travel Tips

Your Guide to Seeing the Northern Lights 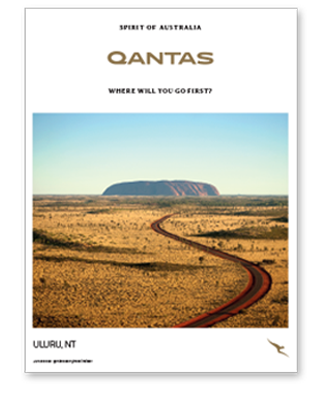