We ask Richard Deutsch, CEO of Deloitte Australia, about the future of business after the coronavirus crisis, what we can all learn and what to expect next.

How prepared do you think Australian businesses were for an event of this scale?

It’s the biggest health and economic crisis we’ve seen in our professional lives so there would have to be an element of being unprepared for it. But the prime minister said that he needed corporate Australia to keep people in jobs and keep business moving and I think it’s done a pretty good job responding to that and mobilising quickly.

How prepared do you think we’ll be for the next crisis?

We went into this with no experience in having to deal with something of this nature – it’s unique. But business leaders and boards are going to come out of this crisis with a new bunch of skills so we’ll be much better prepared to face something similar.

What new perspectives do you think people will develop as a result of this?

This is unique in that it’s a health and an economic crisis so leaders have had to consider the interrelationship between those two things. The foremost priority has been the health and wellbeing of our people. Then you consider how you keep your business models going. Globalisation is important for a healthy economy and business but the scales are rebalancing in terms of globalisation versus what should be done in country. That’s going to challenge what sort of manufacturing we should be doing. And what should we be doing to support our healthcare system? What should we be doing around education? We’ll look differently at those sorts of big questions.

Do our business leaders need development so they can better handle future crises?

Australia – and corporate Australia – has had 28 years of economic growth. You know the saying, you should always fix your roof when the sun is shining. This crisis has brought into stark relief that we could have been working on our roof tiles a bit more while the sun was shining. I don’t think any of us will forget that.

What does that mean in practice?

When you have extended periods of good times it’s natural to let some things wander rather than dealing with them, whether it’s an underperforming area or something that’s not quite on strategy. But it’s better to deal with them.

Is the next crisis the recovery phase?

I wouldn’t put it that way but I will say – this is my personal perspective – that it’s not going to be a linear recovery. It’s going to take quite a bit of time and lead to a different set of operating conditions and assumptions around economic growth. We’ll have to adjust to that. We’re all going to be transitioning to a new world and a new set of beliefs about how to integrate people and business.

I’d imagine many leaders have been mired in the now for some time but presumably they’re looking ahead.

Good leaders are going to have to do a couple of things at once. We have to be realistic about the situation that we find ourselves in as a country and corporate Australia and stabilise business. But it has to be done in the context of the vision and strategy for Australia and the organisations we lead. We need to communicate at both levels, to give our people confidence and clarity about where we’re going and reinforce that we’ll get through this, it will finish and this is what the picture looks like beyond the crisis.

What should good leaders be doing now to prepare for an uncertain future?

The most important thing is clear, transparent, regular communication. We need to remember that our people have already gone through
one of the worst summers of our lives – many people were struggling with drought and then we had the bushfires, then the floods. They went into the COVID-19 crisis feeling anxious about the future. So when you have an uncertain world and lots of questions can’t be answered, good leadership has got to be about communication that’s calm, confident and resilient. People need their leaders to show resilience because that builds trust and confidence. Last week, I did a Zoom call with 9600 people. I wanted them to see me face to face and I needed to tell them what the next three to six months look like for us.

Even when you don’t have all the answers?

You have to be honest that you don’t have all the answers and that you’ll update them.

What should an organisation have in its arsenal to be ready for another crisis?

A clear understanding of what the intersection between the health and economic crises means for them. Do they truly believe that the health, wellbeing and safety of their people come first? And what does that mean in terms of their strategy for the next time this happens? How important are nerve centres and war rooms? The ability to marshal the right skills holistically is critical. People need to be sitting in a room together.

SEE ALSO: An Expert on the Future of Communication After Coronavirus

No, we’ve been running those forums virtually. It’s about getting the right skills and mindsets together to act with pace. How do you respond to something that moves so fast? We’ve learnt a lot of things through this and we’ll continue to learn more over the next six months and into the future.

Does that sometimes mean bringing different opinions to the table?

Definitely. If your talent officer and talent team aren’t thinking holistically about what health, wellbeing and safety means then they’ll need to augment their thinking with others within the organisation or, frankly, to bring those skill sets in from outside.

Can government and business work better together now? It feels like an opportunity for them to be in step.

Corporate Australia has to continue to live up to the call to arms and government probably needs to do even more as this thing unfolds.
But I do hope this crisis becomes a catalyst for government and business to reflect on how we ensure Australia remains the lucky country and what policies, policy settings and actions about manufacturing, education, health, infrastructure and energy government and business can make together. Those industries are going to guarantee that Australia continues to be the lucky country.

If you could have the past few months over again, is there anything you’d do differently?

I am one for sayings – you know that one about when you think you’ve communicated enough, communicate 10 times more? I think we’ve done a good job but I would’ve doubled down even further.

Was there one message that you felt didn’t get through?

No but when you’re immersed in something and living it 24/7, you can assume people have heard it. It takes time for it to sink in.

You chose to introduce a 20 per cent pay cut across Deloitte Australia. How did your teams respond?

The fundamental tenet of what we did was to say that we’re all in this together and we want uniform treatment across the firm. In doing that, we recognised that some people would have to work harder than others over this five-month period but we made a conscious choice to link arms and go through this as one. A 20 per cent pay cut across five months equates to an 8 per cent annualised pay cut and we excluded anybody who was earning $65,000 a year or less. The vast majority of our people want to come out the other side together.

What’s your hope for the future?

Making sure we learn from this and become a better Australia with a greater focus on the things that are important so we continue to be the best damn country on earth.

How This Margaret River Brewery Turns Pints Into Qantas Points 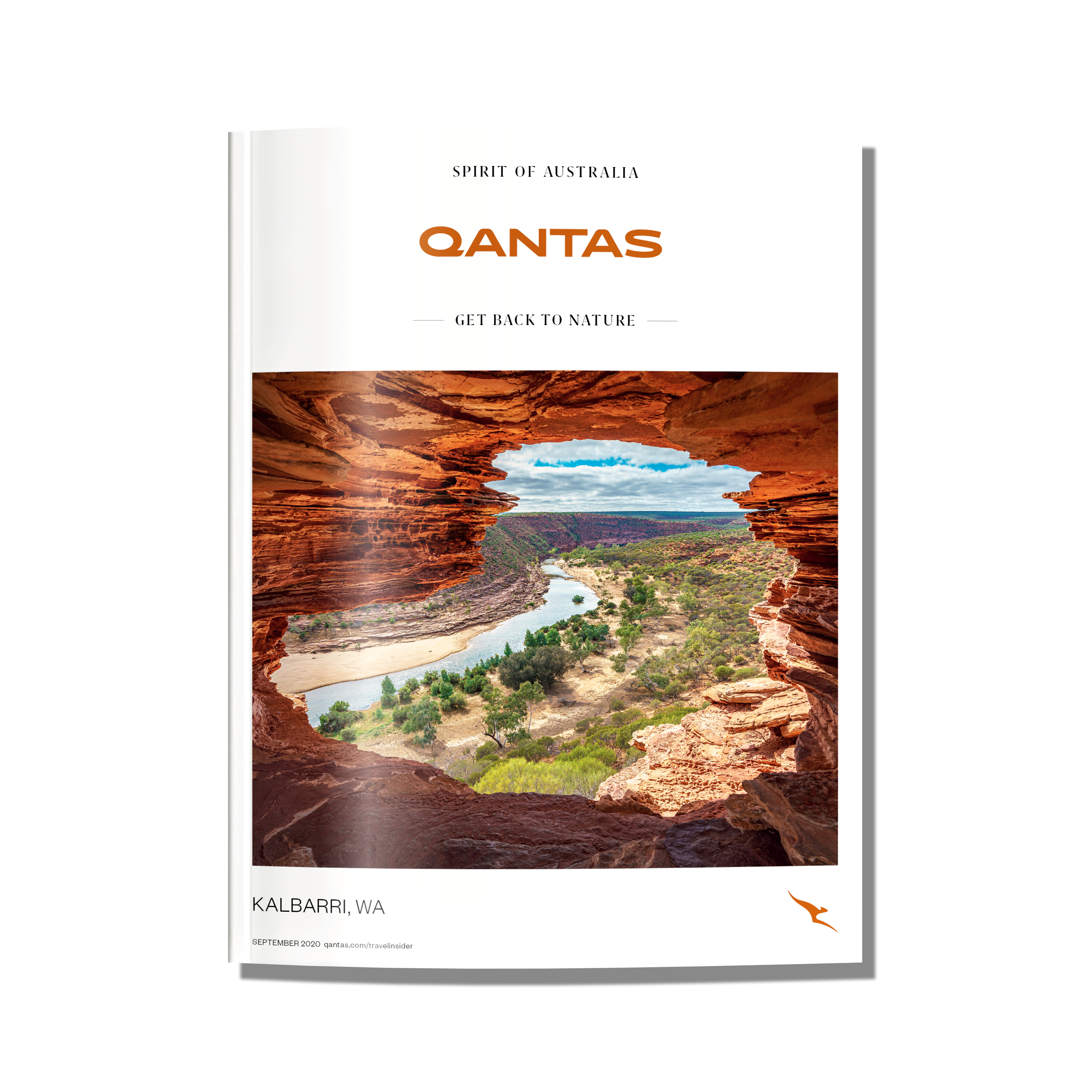 Immerse yourself in nature. Read the September 2020 issue of Qantas magazine