For Richard Hensens, the success of a restaurant or bar hinges on one factor that’s more important than the quality of the food and drinks: the atmosphere.

The co-owner of Hobart’s Bar Wa Izakaya believes what elevates a night out for dinner from good to great is the social experience – a lesson he learnt while exploring Tokyo’s food and drink economy.

On his frequent trips to Tokyo with his Japanese-born wife, Ayana (he estimates he’s visited Japan 15 or so times now), Richard had plenty of time to explore the capital. While his wife caught up with family and friends, he set about frequenting izakayas (casual bars in Japan that serve both alcohol and small plates of food to share) and other bars to get a feel for the city.

“I went to a lot of izakayas and noted the whole social aspect to them, which I thought was missing at most Japanese restaurants in Australia. I wanted to try to bring that back to Hobart,” he says.

After close to 20 years of working at another bar and live music venue in Hobart, working his way up from apprentice to chef then manager, he decided it was time to take his knowledge of the local hospitality scene and his idea and branch out on his own


Well, not totally on his own; Richard runs the business with his younger brother, Julian. “When we first opened, we were probably doing 100 hours a week or more so we had our little fights here and there, but not as much as I thought we would! It worked out pretty well, working together,” laughs Richard. 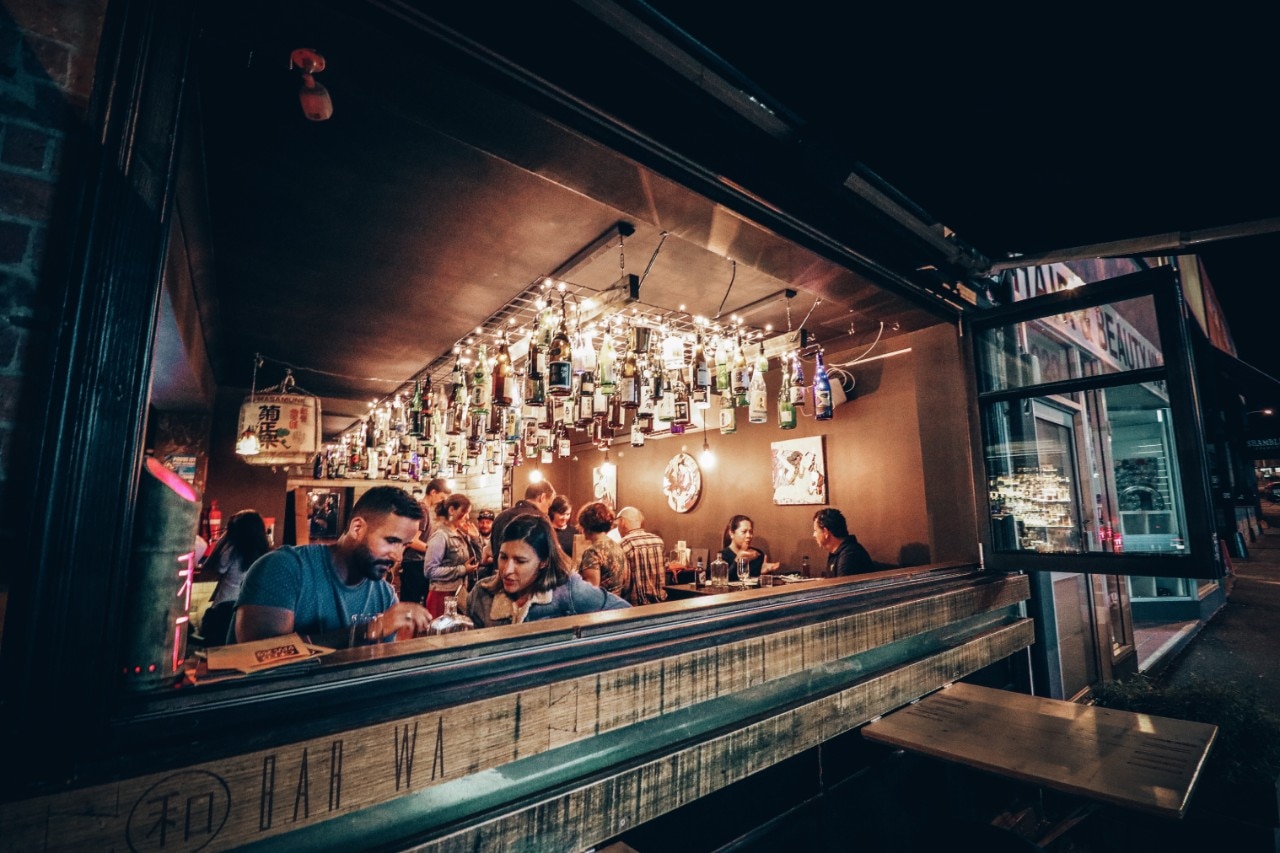 The pair got to work, fitting out the space to give it an intimate local feel despite being in a busy hub of the city. With the help of their builder dad’s expertise, they created lots of nooks and crannies to help create the ambience they were after.

“Before COVID, seats were a lot closer together – to other groups, too – so people were almost forced to socialise with each other,” says Richard.

“It feels intimate but it’s still fun. We love seeing people at different tables slide up together and start chatting, making friends with strangers. We want people to come not just for the food but also for the experience.”

The partners spent a lot of time together in Japan researching menus and venues, with particular detail paid to seeking out different styles of chicken karaage – a must-order at any izakaya – in order to perfect their own iteration. “When we were over in Japan before starting the renovations, we went around just trying it at different places, even though we’d had enough for a lifetime! Every time we went to a place with chicken karaage, we’d order it and see how they did it, then we took it all away and worked on our own one,” says Richard.

“It’s one of those quintessential izakaya dishes – you have to have it on the menu because it goes so well with beer. Before we opened, we spent two or three weeks trying different versions and styles.”

It was these frequent research trips to Japan that inspired Richard to look into linking up with Qantas Business Rewards and Live eftpos in February 2019 at the recommendation of a friend also involved in the Hobart hospitality scene. As a Qantas Business Rewards member, the business earns up to 1 Qantas Point for every $1 transacted through its Live eftpos black device.

“The Qantas Points for our business were a real bonus but the other thing is that Live eftpos have really good customer service and support,” explains Richard.


“There have been some places we’ve signed up with and you never hear from anyone after that. These guys have always been pretty great with that.”

Since then, the business has earnt almost four million Qantas Points – the majority of them through Live eftpos – which Richard and the team often put towards flights and upgrades to Japan.

In the past few months, they’ve also used Qantas Points to purchase Bunnings Warehouse digital gift cards and items for the business, such as vacuum cleaners, through the Qantas Rewards Store. But their main aim is to accumulate as many points as possible for when the time to travel comes again.

“Originally, I was saying my next trip wasn’t going to be to Japan. But now that it’s been so long since I’ve been overseas, I just want to go back!” says Richard.

“I know my way around Tokyo now so I can just go and relax and not worry about what I’m going to do.”

Want to be rewarded for your customer transactions too?